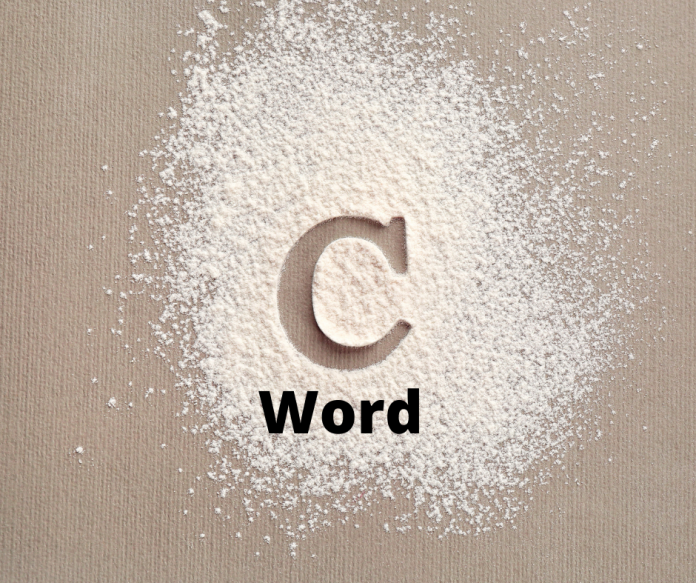 There are some words we would rather not have in our vocabulary…but they are. You probably know the words I am about to say, oftentimes known well by one letter.

When I say the “C” word to you now, how does that make you feel? Did you experience physiological changes? If so, you are not alone! Covid-19 and Coronavirus are not the only “C” words in this world today.

This may not be easy for myself or for those of you reading this to see, hear or say this word, but I am going to do it anyways…

You knew that was coming? Right? My guess is that most people know someone who currently has some form of cancer, went into remission, was cleared of cancer and the cancer returned or lost their courageous battle and has since passed on.

What sparked this conversation today was the loss of an incredible woman, whom I had the honor and pleasure of getting to know and work with for nine years. More than just a teacher, her students became her kids, her coworkers became her extended family. A beautiful smile, a fire in her soul, wanting what’s best for her students, and never once did she stop advocating or trying.

Earlier in July, I crossed paths with another co-worker and friend of mine, at Costco. We had both worked with this mutual friend of ours who had just passed away. We engaged in a deep and meaningful conversation while standing near the frozen food area. I asked my friend, as she was standing there, how she was feeling, and doing knowing she has been receiving cancer treatments. She said all of the treatments saved her life, and she had no trace of cancer at the time. Even though the medication has had many side effects, she probably would not have been here today had it not been for her incredible doctors and treatment.

The conversation shifted to our other friend. She said her name, my mouth dropped, I couldn’t believe what I was hearing. The “C” word came out, and I was told the prognosis wasn’t good. Send love, good and healing thoughts, she needs them during this time.

I put forth good thoughts that day, thinking about this other friend of ours. There was urgency, the need to lift her up, and to help her through these tough times. In the next two weeks, I became busy with work, family, recreation, and several other things. Not that I had forgotten about the conversation, many other things were on my mind. When I checked out my Facebook notifications, I found out she was gone.

There is a void that exists, something that can never be filled or replaced when we lose someone we love. The memory of them remains, yet a part of us will forever be gone.

Throughout my life, I have lost family members and friends to cancer. When I was about 21 years old, I remember my mom had received a phone call about my dad’s oldest brother. He went in for scheduled surgery and found out the cancer had spread throughout his body. There was nothing that could be done and he passed away on the operating table. My uncle and I, we shared something special, something I thought was pretty cool as a kid. Our birthdays, both on January 19th. I even had a locket that held a microscopic picture of him and myself inside to be reminded of the birthday buddies that we were.

In 1999, I became pregnant with my second child. Work was getting stressful and most certainly I wanted a break, a change of pace, I really wasn’t in a happy place and time in my life. December of 1998, we flew home to spend Christmas with my family, not knowing the fate or the diagnosis of my father. Right before Christmas, my father received news nobody wants to hear…you have a short time to live. Not the type of gift you want to receive right before family celebrations and traditions.

March of 1999 arrived. My mom called and let me know my dad was taking a turn for the worse. His diagnosis was terminal, so back home we went again. My father and I, we didn’t have the greatest relationship, seemed like we butted heads most of the time. There was so much hurt from my childhood that forgiving him was extremely hard. I felt as if he had this coming to him, even though I knew that kind of thinking was wrong. He didn’t know who I was when I came to visit, even though my mom tried explaining it to him. So much confusion after being on different kinds of treatment and medication. Shortly before Easter, my father passed away.

About ten years ago, I experienced another loss. A high school classmate of mine was experiencing back pain. At the time, little did he know, the pain was coming from a growth, cancer. I felt this yearning, a need to reach out, something inside of me said to do more.

This all happened around the time of my 20-year class reunion, which took place in August in Minnesota. I wasn’t able to attend the event, but Facebook provides an outlet, a means to connect with so many people. Many pictures and comments were posted. Never once did I take his diagnosis too seriously. I thought to myself, he will get through all of his treatments and be cancer-free. With all of my heart and all of my might, I believed he would make it through with flying colors.

My first instinct was to send handwritten letters. Writing letters is something I do best, a passion and love of mine. Throughout the months, I wrote letters of encouragement, hope, and inspiration to help him through his days. We exchanged messages on Facebook, and I called and spoke with him one time before his passing.

God brought my classmate and me together for a reason. We developed a deeper understanding of one another, uplifted and strengthened one another in our own ways. I had dreams, visions, about having been right there by his bedside, giving him one last hug, letting him know how much I care, an exchange of energy in the spiritual sense rather than that of the physical body.

We are all connected, whether we realize it or not. Our thoughts and our actions impact other people in this world. Instead of focusing on “C” words that have a negative stereotype in this world, let’s create a new vision and mindset, putting our focus on “C” words like: Courage, Compassion, Community, Caring. Let’s CELEBRATE and uplift one another rather than be held CAPTIVE to our old ways!

5 Winter Outdoor Activities to Try in 2021

Taking Vision to the Next Level: Katmai Eye and Vision Center

Are We Safe to Swim In Alaska During COVID-19?

What’s On Your List: A Modern Gift Giving Guide

Getting Used to CPAP

The Need for Healthcare Providers in Alaska to Work Together

ABOUT US
At Live Breathe Alaska we take pride in being an online wellness resource guide for Alaskans by Alaskans. It is our goal to learn together how to thrive optimally in our great state. At the core of or mission is to educate our readers on the importance of breathing properly and engaging in lifestyle practices that encourage it. We seek to inspire, empower, and educate our readers and partners to live healthy and vibrant lives by taking lease of their health in conventional and non-conventional ways. To achieve this we provide an array of knowledge from various contributors in their respective expertise on Holistic wellness and Integrative Health.
Contact us: livebreathealaska@gmail.com
FOLLOW US
© Live Breathe Alaska 2021
MORE STORIES

You’ve Got This! 5 Simple & Profound Ways to Address Overwhelm