Home Healthy Eating Plant Based What Is A Plant-Based Diet? 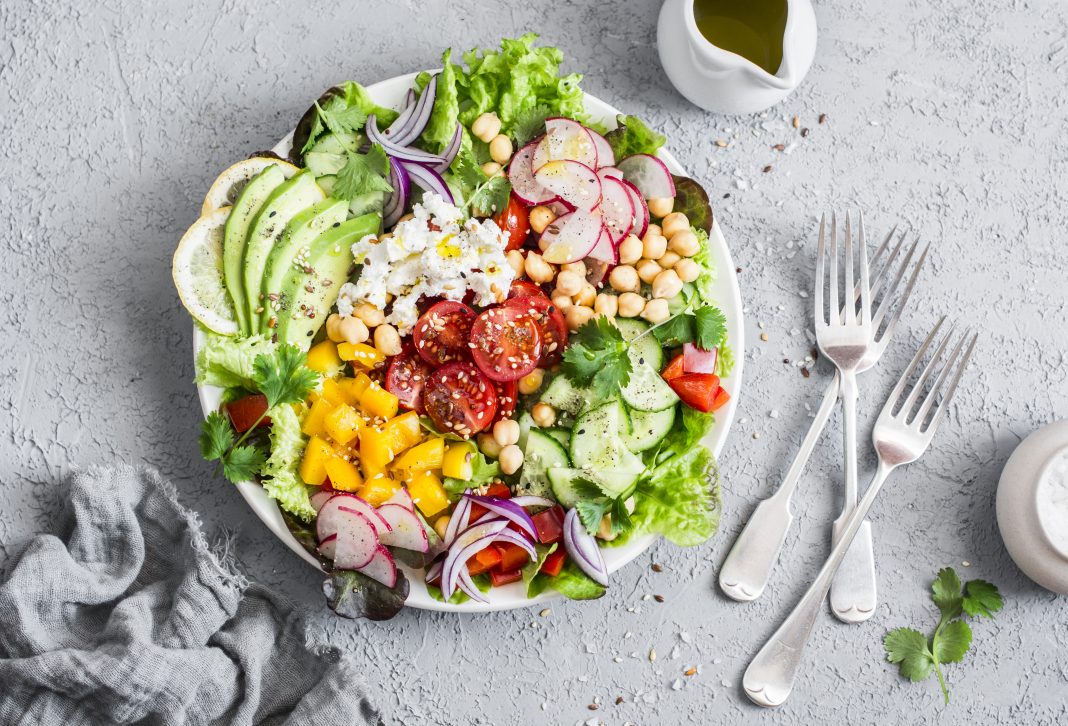 Eat your vegetables!!! Your mom was right in trying to get you to eat all of those vegetables as a child – I think we can all agree that eating more vegetables is good for our health, but what about only eating vegetable matter, as in, a “plant- based diet”? 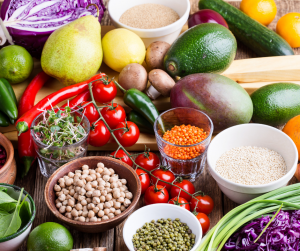 To understand this from a health perspective, lets look at the facts. First of all, what exactly is a plant- based diet? A healthy, whole-foods, plant-based diet consists of nutrient-dense plant foods, minimizes processed foods, and avoids animal products. It encourages plant foods in their whole form, including a high intake of fresh vegetables, as well as fruits, legumes (peas, beans, lentils, soybeans, etc.), whole grains, nuts and seeds. It is a diet defined by which foods are included, versus a vegan diet, which is defined by which foods are excluded (all animal products). This is an important distinction when discussing health, as a vegan diet can consist of very little vegetable matter, and a high intake of processed foods.

As a culture, we have adopted a strange relationship with our diets- eating for pleasure, reward, emotional attachment, or ease; rather than eating to nourish our bodies and promote wellness. A whole- foods, plant- based diet is a solution that can definitely improve health, and numerous studies support this.

For about the past 50 years, the medical community has had interest in the Mediterranean diet, given that Mediterranean countries observe far fewer deaths from coronary artery disease than the US. The predominant elements of the Mediterranean diet are a high intake of vegetables, fruits, whole grains, beans, nuts and seeds, small fish, and olive oil; while limiting consumption of dairy and red meats. What we have learned from 50 years of studying this diet, is that a higher intake of whole, plant- based foods is associated with decreased risk of cardiovascular disease, diabetes, Alzheimer’s disease and dementia, as well as lower BMI’s.  Taking this diet a step further, and excluding animal products has some exciting health benefits.

Numerous studies have identified a positive association between meat consumption and obesity.  One European study, in particular, assessed changes in weight and BMI over a five- year period, and revealed that individuals who consumed the lowest intake of animal products had the lowest weight gain over the study period.  Additionally, at the end of the study, meat- eaters had the highest BMI, and vegans had the lowest BMI. In general, studies exploring the risk of obesity and dietary patterns indicate that a plant- based diet appears to be a sensible approach for weight management.

Studies that compare the difference in dietary intake and development of diabetes show a significant favor toward plant- based diets over other diets- including the diet based on the American Diabetes Association!  Individuals on a low- fat, vegan diet reduced their HgA1C levels by 1.23 points overall, and 43% of them were able to reduce their medication; versus a HgA1C reduction of 0.38 point, and 26% reduced their medication in those following the American Diabetes Association- recommended diet.  Another study that spanned 17 years, showed that non- vegetarians were 74% more likely to develop diabetes than vegetarians. These studies suggest that a low fat, minimally processed plant- based diet may help prevent and treat diabetes, possibly by improving insulin sensitivity, and decreasing insulin resistance.

Consumption of a high dietary fiber diet, focused on plant foods consistently shows improvement in cardiovascular health versus non- vegetarian and standard American diets.  These improvements include regression of atherosclerosis, fewer coronary events, lower blood pressure, and reduction in ischemic heart disease death rates.  These findings are likely associated with the beneficial intake of dietary fiber in combination with a reduced intake of cholesterol from the diet.

So what’s the driving force behind the health improvements associated with a whole- foods, plant- based diet? There appear to be many factors involved.

A diet rich in colorful plant foods from vegetables and fruits supplies our bodies with antioxidant phytochemicals that decrease inflammation.  The more servings consumed per day, the better.  At least four and a half cups of a variety of vegetables and fruits is recommended, including dark green, orange, yellow, red, and purple.  Note that less dense vegetables, like lettuce and spinach count as a half- cup equivalent per actual cup of these greens.  Vegetables should be emphasized over fruit.

Whole plant foods tend to be high in dietary fiber, which slows the digestion of carbohydrates, thus helping to regulate blood sugar levels, as well as promoting satiety for longer durations.  Fiber also acts as a fuel source for beneficial gut microbiome organisms. Additionally, fiber can encourage a healthy shift in cholesterol.  A good goal is consumption of 30 grams of dietary fiber daily from vegetables, fruits, legumes, whole grains, nuts and seeds.

Processed and packaged foods are often very refined, so they contain simple carbohydrates versus complex carbohydrates and fiber.  Therefore, these foods can spike blood sugar. They typically contain trans- fats, like hydrogenated oils that can promote inflammation. Red meat, which is avoided in a plant- based diet can also be inflammatory, and people who eat the most red meat (other than wild Alaskan game) are at the greatest risk for diabetes, cardiovascular disease, and numerous cancers.

Is your interest peaked in adopting a whole- food, plant- based diet, but don’t know where to start?

A fabulous place to start is simply by increasing your consumption of organic vegetables and fruits.  Aim for 6- 10 servings of vegetables daily, by including veggies at every meal and snack.  Start to weed out processed or packaged foods, and replace them with whole foods.  Minimize intake of animal proteins, and replace them with nuts and seeds, or legumes. Notice how you feel after several weeks, and enjoy the new healthy version of yourself!!!

How To Have A Happy Thanksgiving Without The Turkey

Beginners Guide: Picking Puffball and Hedgehog Mushrooms in Alaska – A...

Because I Love My Body

Beauty from Within: The 5 Best Foods for Healthy Skin

Discover the Healing Power of Crystals

How To Have A Happy Thanksgiving Without The Turkey