Home Exercise Because I Love My Body 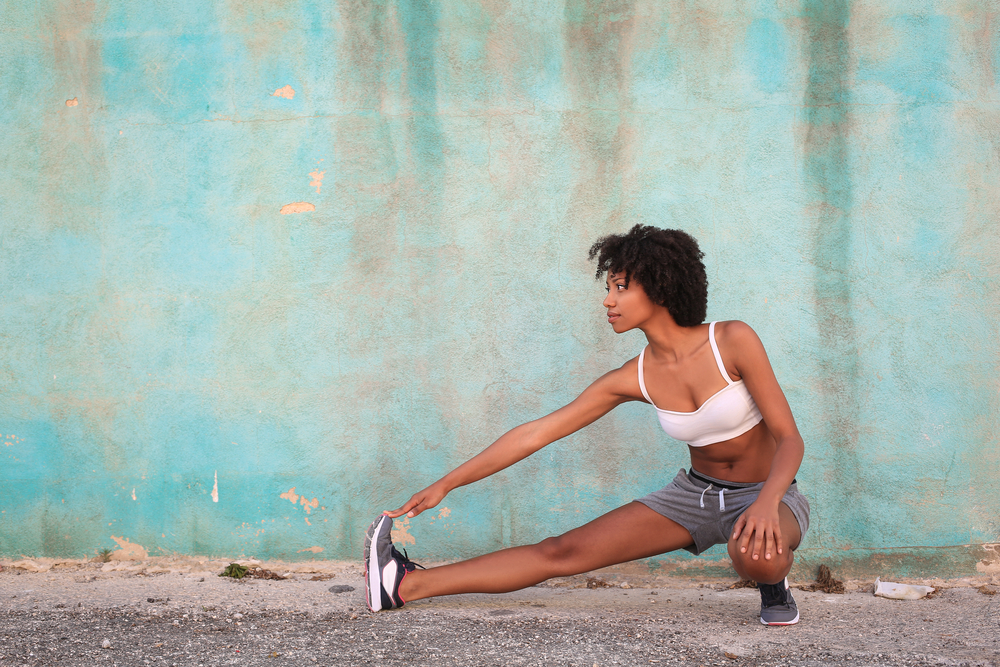 I have this posted where I can look at it every day because the truth is I am still struggling with this concept. Don’t get me wrong, I love the idea, I embrace the idea, but I come up when I try to implement it. Part of the reason for that is some old patterns that have been reinforced over the years. Some of them might even be familiar to you.

When working out becomes The Bad and The Ugly

No names will be mentioned here, but I really don’t think they need to be. More than likely we’ve all experienced the shaming gym or the boot camp that leaves you crying and not just because of sore muscles.

The whole idea of shaming someone to motivate them is just stupid. It doesn’t work with kids; it doesn’t work in the workplace, why in the world would it work in the gym? Take me for instance; I’m pretty much the stereotype. I’m a working mom with very little time on my hands. Exercise and healthy eating usually take a back seat to work, family time, and recovering from work. I don’t like it; I don’t agree with it, I know I need to do something different. I finally manage to carve out the time and the nerve to go back to the gym. However, enough time has passed now that I’m out of shape and very embarrassed by it. So I want to jump start things right? What do I do? I hit it hard with a boot camp.

The boot camp instructors explain the first set of movements with the speed and enthusiasm of a flight attendant going through the safety explanation. There were many confused frowns on the part of us participants and even a few questions. Sadly the questions were ignored, and we were told, “you’ll get it as we go.” Well, as we started, it was clear that was not going to happen. The instructors quickly got irritated with many of us, and while they technically did their job and tried to explain what people were doing wrong, they were clearly put out at having to do so. I have never been so tempted to walk out of a class in my life. But I had paid for it, so I stayed.

When it was finally, thankfully over, I walked out of that gym and never went back. That was truly the bad and the ugly and about the worst experience I’ve ever had at a gym. Now please don’t take this as a rant against all boot camps, because I have been to some amazing ones. This one just wasn’t one of them, and at this point in my life, I have realized I don’t want to be shamed into fitness. I don’t want to and shouldn’t work out because I hate my body. I want an encouraging, positive experience. I want to work out because I love the results because I am rejoicing in what my body can accomplish.

When working out is all about The Good!

Doing what you like in a space that accepts you and teaches you to accept yourself is key.  Now I like lifting weights, I always have. I know it’s not for everyone, but there is something so powerful and accomplished about moving that much weight around. I’ve also been fascinated and totally intimidated by CrossFit for years. I finally worked up the courage to give it a try, and I’ve been more than pleasantly surprised! Even among franchises, there will be good and bad but thankfully the one I adventured into was just what I needed.

So much of the positive or negative experience comes down to the coaches, like a classroom or a team, the coaches set the tone. What I walked into was a big encouraging family. I discovered CrossFit is one of the rare sports where everyone cheers the loudest for the last ones to finish. I found the fascinating bonding that happens between strangers when we’re all lying around gasping for breath, but feeling proud because we all make it through that workout. Truth be told, it has challenged so many of the lifelong fitness mindsets I’ve struggled with. I still hate to be last, hate it. But I’m learning that the focus on correctly doing the movement is more important than just how many reps I get done or not being the last one to finish. The exhilaration, the thrill of conquering a complex movement or new weight that I’ve struggled with for weeks is almost indescribable. It is worth the consistency, the attention to detail, to form.

For an hour each morning, nothing exists except the pounding music, the weights, the burpees (look them up, they’re terrible), your racing heart and the steady drip of sweat. CrossFit is intense and consuming and surprisingly scalable. I went in expecting to be pushed to lift as much weight as possible as fast as possible. Instead, I got coaches that took my old volleyball injuries into account and modified movements to accommodate. I’m four months in and able to do more (in spite of the injuries) than I thought possible.

They tell me it’s going to take about six months until I’m really feeling comfortable with CrossFit and I believe them. The first two months I kept looking around to see if anyone was noticing that my bar had no weights on it yet. No one cared. They were focused on what they needed to get done. The only thing that mattered was that we were both putting the same amount of effort into the movement. I haven’t gotten a frustrated sigh from a single coach, even when one of us newbies needs a movement explained again, and again, and again. Surprisingly, the same is true of the other CrossFitters who have been there for years. I kept expecting them to get frustrated. Instead many grab a bar and flow through the movements right alongside the coaches.

I don’t always love the actual workouts, they are hard and grueling, and I do have to set my mind to doing them. But what I do love are the people, the environment and the knowledge of how much better I will feel after the workout. For you, it might not be CrossFit; you might find this community, this encouragement in yoga, or biking, or Zumba. Whatever it is for you, I can’t stress enough how important it is that you find it.

The point is that you should be at a place or find a place that is positive, that you can look forward to going to. Embrace working out and being active because you love your body, you love what it can do, and because what you can do today is more than what you could do yesterday.

It Gets Easier The More You Do It!

What’s On Your List: A Modern Gift Giving Guide